Serving as a gateway to the Kimberley, Broome is one of Australia’s most enchanting tourist towns. It features magnificent red-hued cliffs overlooking the Indian Ocean, plus millennia-old dinosaur footprints and a fascinating past as the pearling capital of the world.

No visit to this spectacular corner of the country is complete without spending time on some of the best beaches in Broome, which range from postcard pin ups to local favourites.

Without a doubt, Broome’s most famous stretch of sand is Cable Beach, which extends for 22 kilometres along the Indian Ocean. Backed by ochre cliffs and sand dunes, it provides the perfect setting for beachcombing, swimming, kayaking and fishing.

Cable Beach is particularly famed as the setting for sunset camel rides, which offer an elevated view across this stunning location. The sky ignites rich oranges, reds and purples as the sun sinks into the Indian Ocean, providing an unforgettable photo opportunity.

Cable Beach plays host to numerous events throughout the year, including long table dinners, live music concerts and polo matches. Lifeguards patrol the beach between May and October when it is highly advisable to swim between the flags. If crocodiles are sighted in the area, the beach is immediately closed until it is deemed safe to reopen.

It’s possible for 4WD vehicles to access Cable Beach north of the rocks, although there are some restrictions between October and February when turtles nest on the beach. This stretch of sand is also considered clothing optional and welcomes naturists.

The Cable Beach Caravan Park offers both powered and unpowered sites just a short stroll from the beach, as does the RAC Cable Beach Holiday Park.

Less than 10 minutes’ drive from Broome is Riddell Beach, a locals favourite with red-hued pindan cliffs that look spectacular against the white sand. The beach was named after Captain John Reddell, a ship-owner who was murdered by his mutinous crew onboard the “Ethel” while transporting pearl shells from Broome to New Zealand.

Riddell Beach still remains well off the radar of most tourists, despite having calm waters that are ideal for swimming and paddling. While it is safe to go in the water, there are no lifesavers on patrol, so do so with caution. There are no cafes or eateries backing the beach, so it’s best to bring a picnic if you plan on spending the entire day.

Riddell Beach is accessible along the unsealed Kavite Road, which connects from Broome Port to the Gantheaume Point Lighthouse. From the parking area, it’s a short walk down the cliffs to the beach where you can admire its impressive rock formations.

Stretching on the other side of Gantheaume Point is Gantheaume Beach, which extends north to meet Cable Beach. It’s popular with locals who come to launch their boats or just spend the day swimming, although it’s important to note that lifeguards don’t patrol the beach. Gantheaume Point is known as the departure point for Broome’s kayaking tours, fishing charters and whale watching trips, as well as being home to the stainless steel lattice tower of the Gantheaume Point Lighthouse.

But it’s the area’s 130-million-year-old dinosaur footprints that are the biggest allure, having been beautifully preserved in the reef rock. They nestle at the base of Gantheaume Point’s cliffs and are best viewed at low tide. Also backing the beach is the Broome Turf Club where horse racing meets take place on an iconic red dirt track.

Gantheaume Beach can be accessed via Gantheaume Point Road, which leads to the Broome Turf Club’s car park. Further along is the Gantheaume Point Carpark where you’ll find interpretive signs detailing the history of the area.

Town Beach is located just a stone’s throw from the heart of Broome and overlooks the turquoise waters of Roebuck Bay. It’s popular due to its calm, family-friendly waters and accessibility, as well as boasting an alfresco cafe where you can dine overlooking the sand.

Kids will love the small water playground where they can let loose while parents take advantage of the public barbecue. It’s safe to swim here (and best to do so at high tide), although the beach is not patrolled by lifeguards.

If you’re interested in seeing the “Staircase to the Moon” (a natural phenomenon that takes place on certain dates throughout the year), then Town Beach is a great place to do so. As the moon rises above the mudflats, it creates an optical illusion of stairs leading up to the moon. Coinciding with this event is the Town Beach Markets where you can shop for local handicrafts or grab dinner from one of the food stalls.

Town Beach is also where you’ll find the Broome Pioneer Cemetery, home to just a handful of graves of men who died at sea. Adjacent is a Discovery Parks campground, which offers magnificent views across Roebuck Bay.

Named after the HMS Roebuck, which was captained by William Dampier, this stunning bay stretches from Broome south to Cape Villaret and is protected as Australia’s newest marine park. It’s one of the best places to view migratory birds in the country and is home to the Broome Bird Observatory. Between September and April, the nutrient-rich tidal mudflats are visited by waders from as far afield as Siberia, North Asia and the Arctic Circle.

In addition, Roebuck Bay is an important cultural site for the local Yawuru people who come here to fish, hunt and gather sea foods. If you’re interested to learn more, cultural tours are available, as are nature-based excursions with marine life experts to spot dolphins and turtles.

At the southern tip of Broome is Entrance Point where locals come to launch their boats or cast a fishing line from the jetty. It’s just 10 minutes’ drive from the town centre and located near the Broome Port, where Roebuck Bay connects with the Indian Ocean.

With its red-hued sands and spectacular rock formations, Entrance Point is a popular setting for photography and more of a spot to wander and marvel at the wonders of Mother Nature than swim and sunbathe. There are two boat ramps for getting your vessel into the water, although check the signage about tides before venturing out.

Around an hour’s drive north of Broome is this gorgeous spot, which is renowned for its picture-perfect Kimberley scenery. Think red cliffs juxtaposed against pristine white sand and the turquoise waters of the Indian Ocean. Known as “Walmadany” by the Jabirr Jabirr and Goolarabooloo people, it’s home to fossilised footprints that they believe to be from the Dreamtime creator being, Marella.

James Price Point is an ideal spot to escape for a day of swimming and relaxing or you can overnight at the free James Price Point Camping Area. There are no facilities here, however, so you will need to bring everything with you, including drinking water.

En route to James Price Point is Quondong Beach, another idyllic spot for swimming and relaxing (although you do need to beware of crocodiles)! It features a golden sweep of sand that stretches for six kilometres and is backed by high red bluffs capped by vegetated dunes. You can camp for free overlooking the beach but should be aware that, like James Price Point, there are no facilities here.

Where to Stay in Broome

With onsite parking, complimentary Wi-Fi and a swimming pool, Cable Beach Backpackers is one of the top-rated hostels in Broome. When you’re not enjoying the spectacular Kimberley scenery, you can hit up the bar for happy hour, play beach volleyball or cook up a feast in the massive kitchen. Check it out here.

Just a stone’s throw from Cable Beach is this Balinese-inspired oasis, which features self-contained villas nestled in tropical gardens. Health and beauty treatments are available at the on-site spa and there’s a sparkling swimming pool where you can refresh throughout the day. Check it out here.

Unlike much of Australia, Broome does not experience four seasons but distinct wet and dry seasons. The dry season extends from April/May until September/October and is considered the best time to visit Broome, with clear, sunny skies and balmy nights. In the wet season, you can expect high humidity, occasional thunderstorms and torrential downpours, with cyclones sometimes impacting the region between January and March.

How to get to Broome from Perth

Broome is around 2,230 kilometres north of Perth and is connected by long-distance coach services. Trains also make the journey from Perth to Broome, although you will have to change services at least a couple of times along the way.

What to do in Broome

Take an exhilarating flight high above the ochre cliffs and rocky islets of the Buccaneer Peninsula before boarding a jet boat to tackle these spectacular falls.

Take an exhilarating flight high above the ochre cliffs and rocky islets of the Buccaneer Peninsula before boarding a jet boat to tackle these spectacular falls.

Get up close to cassowaries, dingoes, kookaburras and more at this animal lover’s paradise, which hosts an impressive croc feeding session each afternoon.

Gain an insight into the town’s fascinating past at this informative museum, which touches on everything from the area’s pearling industry and Indigenous cultures to its wartime history.

Settle into a deck chair at this heritage-listed outdoor cinema that has been going strong since the early 1900s when it was established by the Yamasaki family.

See what goes on behind the scenes to bring oysters to the table at Willie Creek or Cygnet Bay, both of which offer fascinating tours of their farms.

While Cable Beach is safe for swimming and patrolled by lifeguards during the dry season, many of Broome’s other beaches are unguarded. Crocodiles are part of life in this part of the world, so take caution before entering the water. If you’re not sure whether it’s safe to swim, ask a local or check for signage about the presence of crocodiles.

Crocodiles are regularly spotted around the Willie Creek area, so it’s not recommended that you swim here. 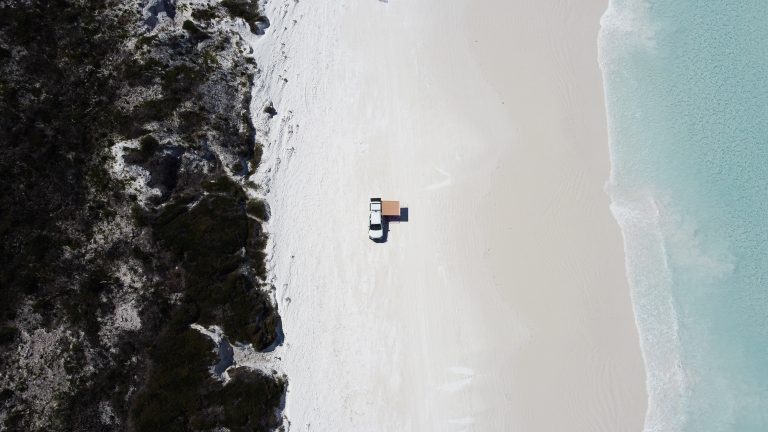