There’s nothing quite like sunbathing your skin and the water gliding over your body, something that’s never as exhilarating when wearing a bathing suit. Luckily, Sydney has several nudist-friendly beaches where you can completely strip off, without worrying about any legal consequences. In this guide, we’ll introduce you to six of the best nude beaches in Sydney and offer some tips if it’s your first time.

6 of The Best Nude Beaches in Sydney

This short stretch of sand just north of Watsons Bay was one of Australia’s first legal naturist beaches when it was designated as such by the Premier of New South Wales, Neville Wran, in 1976. It has a reputation as being one for the exhibitionists and a popular gay hangout, although straight nudists are more than welcome here. Lady Bay Beach is best accessed by ferry from Circular Quay to the Watsons Bay Wharf, from where it’s a one-kilometre-long walk to the sand. Parking is available at Camp Cove at the start of the South Head Heritage Trail, which continues past Lady Bay Beach to the Hornby Lighthouse.

Just a stone’s throw east of Balmoral is this 100-metre-long stretch of sand, which provides the starting point for the Sydney Skinny. This annual nude swim takes place at the end of February each year and sees hundreds of people in their birthday suits negotiating a diamond-shaped course (all in the name of charity). But throughout the year, you’re more than welcome to skinny dip here, with the surrounding rocks and bushland providing plenty of privacy. Paid parking is available in the Middle Head Carpark, from where a short trail (clothing is mandatory) leads to the beach.

On the other side of Middle Head is Obelisk Beach, which is smaller and more tranquil than Cobblers Beach. It offers panoramic views across Watsons Bay and Camp Cove, all the way to Vaucluse in the distance. Obelisk Beach is accessed down a long set of stairs that connect from Chowder Bay Road, with a clear sign marking the trail. Paid parking is available at the corner of Chowder Bay and Middle Head Road, although it can fill up quickly on weekends.

Overlooking the Pacific Ocean at the southern end of Royal National Park is this naturist’s paradise. Werrong Beach is one of the most remote nude beaches in Sydney and can only be accessed along a two-kilometre-long trail. A steep path leads from the Otford Lookout down to the sand, with the spectacular sandstone rock formations and towering cabbage tree palms making it more than worth the effort. It’s important to be aware that the rips and rocks can make Werrong Beach a challenging place to swim and (like all of the beaches on our list) it’s not patrolled by lifeguards.

At the northern tip of Royal National Park is Little Jibbon Beach, an unofficial nudist spot that tolerates the unclothed. It might only be 50 metres in length, but it’s an undeniably pretty spot and not far from the park’s Aboriginal rock engravings. Little Jibbon Beach is only recommended if you don’t mind the presence of bushwalkers, as it’s right on the Jibbon Beach Loop Track. Shortly before the headland, a side path descends to the beach where you can enjoy gorgeous views across Port Hacking. There is limited street parking at nearby Jibbon Beach, from where it’s just 10 minutes’ walk to Little Jibbon Beach.

Another unofficial nudist beach in Sydney is Little Congwong, a secluded stretch of sand in La Perouse. Surrounded by lush vegetation and framed by rocks, the calm waters here are ideal for swimming. From the parking lot at Cann Park on Anzac Parade, follow the paved Congwong Walking Trail that connects Congwong Beach (a family favourite) to the welcoming naturist sands of Little Congwong. Aside from offering beautiful views of Bare Island, this nudist beach gets extra points for the ice cream boat that regularly visits.

A Guide to Nude Beaches in Sydney

There’s something freeing about revelling in your own skin and shaking off societal stigma around going nude. Many people just love the experience of being in their birthday suit while immersed in nature!

If you’d rather leave a little more to the imagination, take a look at our best secret beaches in Sydney -for when you want your sunbaking to be a little more secluded!

Is this the first time visiting a nudist beach? Here are a few things to keep in mind:

While swimsuits are required at most beaches in Sydney, there are several stretches of sand where it is legal to go nude. You’ll also find nudist beaches in Sydney where the practice hasn’t been legalised but is very much tolerated.

All of Sydney’s nude beaches are accompanied by stunning views across the Pacific Ocean, so you really are spoiled for choice. Little Congwong Beach looks out towards Bare Island while Little Jibbon Beach enjoys gorgeous views across Port Hacking. For Sydney Harbour views, you can’t go past Lady Bay Beach at South Head.

All of Sydney’s nude beaches welcome sunbathers. But if it’s privacy you’re after, then it might be best to give Little Bay Beach a miss. It’s visible along the ferry route to Watson’s Bay and you can get gawkers along for the ride. Cobblers Beach at Middle Head boasts 100 metres of nudist-friendly sand, so is perfect for stretching out in the sunshine.

Chloe Scorgie is the founder of Passport Down Under, a blog specialising in travelling around Australia as well as emigrating to the land Down Under. Chloe uncovers some of Australia’s best-kept secrets, that go beyond the touristy insta-worthy spots and allow you to delve into the heart of hidden Australia.

Being a British ex-pat who moved to Australia permanently in 2022, Chloe understands the many questions about emigrating that keep many awake at night and shares her wealth of up-to-date knowledge on what it really takes to make a move over to Australia.

Passport Down Under has proudly featured in major publications such as BBC Travel, Go!Banking Rates, Yahoo! Finance and Best Life Online. 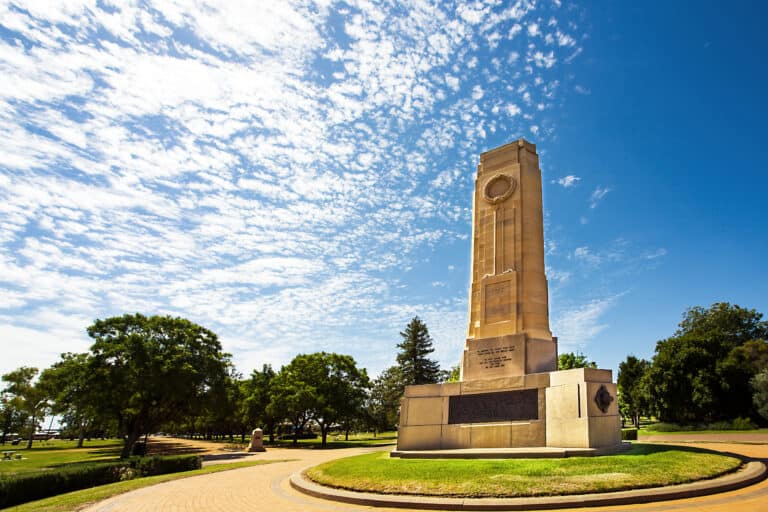 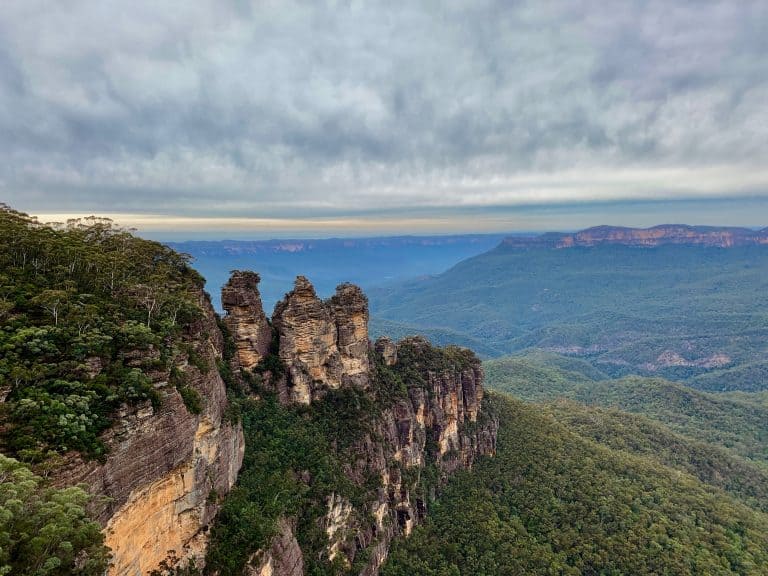 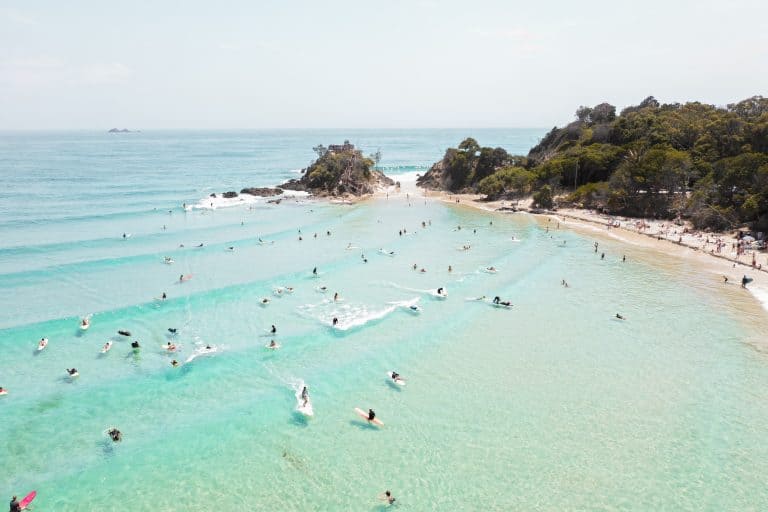 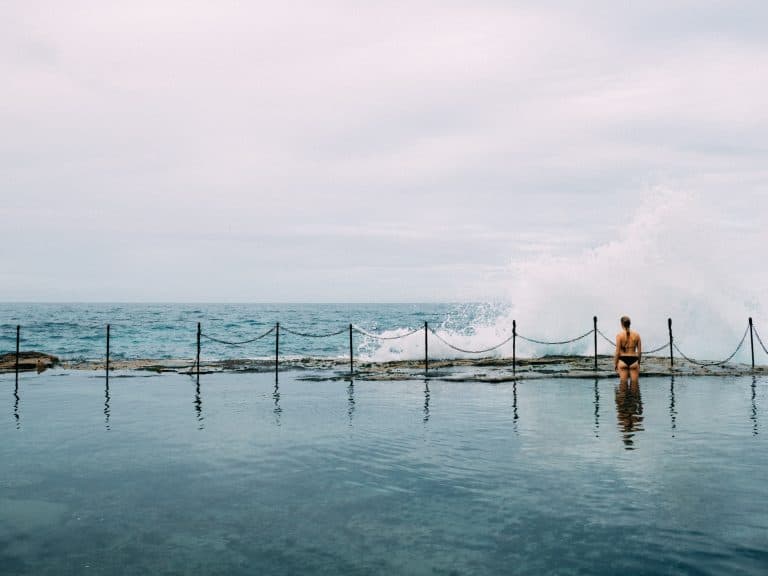 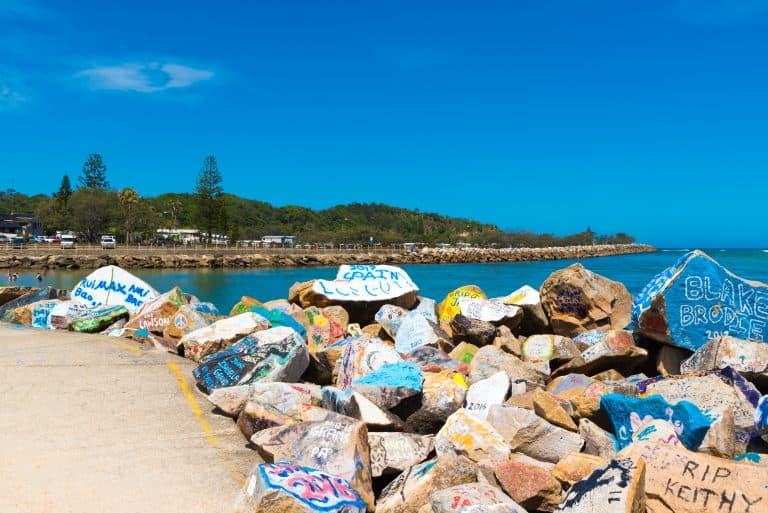